To Memphis and back 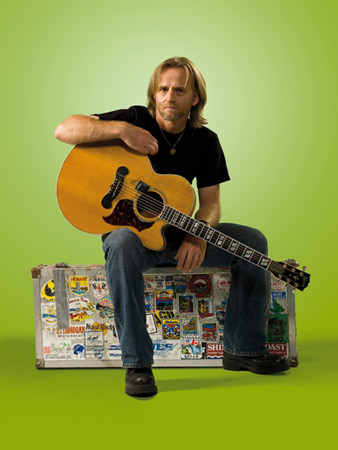 Geoff Achison is an award-winning guitarist, songwriter and recording artist. Geoff developed a passion for music as a youngster and taught himself to play on a beat-up instrument he’d discovered ‘under the stairs’ of the family home.

Geoff is a musician of remarkable ability who has forged his own career path and won fans all around the world.

Having taught himself to play in the isolation of rural Australia, he has developed a blues/funk style all his own that can be delicate one moment and explosive the next. Unaware of how the sounds he was hearing on his limited record collection were produced, he invented some of his own techniques – without the aid of pedals or gadgets. At times, just watching him wrench sounds from his simple setup can be a show in itself.

He is a capable vocalist with a gritty, soulful quality to his voice. Inspired by the great blues and R&B music of yesteryear, Geoff’s live set features an infectious mix of gutsy original tunes, improvised jams and dynamic new arrangements of blues soul classics.

In his early 20s he was hired to play lead guitar with Melbourne’s top blues performer Dutch Tilders. After several years of relentless touring around Australia, Geoff departed to pursue his own musical ideas and formed the first incarnation of his own band, The Souldiggers.

Geoff started his worldwide explorations back in 1995 with his first trip to the US. He represented Melbourne at the International Blues Challenge in Memphis and won the coveted Albert King Award for his guitar skills.

Geoff formed a US Souldiggers band in 98 and recorded his Gettin’ Evil CD. He returns regularly to America playing clubs and music festivals.

He established a UK following, recording a live album with a British version of the band. The UK Souldiggers have become a favourite on the British blues circuit since Souldiggin’ In The UK was recorded before an enthusiastic crowd in 2000.