Born and bred in Ipswich, QLD, Janelle has lived in Lismore for 35 years. She left school at 13 and worked at the local meatworks, in hairdressing, and at a pineapple factory. She pursued further education in her 20s, gaining qualifications in teaching and law.

Janelle’s legal career has included work as a solicitor and advocate from local to international level with a particular focus on  human rights, including a time as senior political adviser to His Excellency Dr Jose Ramos-Horta while the Nobel Laureate was Timor Leste’s Foreign Minister, Defence Minister, Prime Minister and President.

Janelle became the first female to represent the rural seat of Page, winning the seat after Ian Causley of the Nationals retired in 2007. She increased her margin at the 2010 election, before losing to Kevin Hogan of The Nationals in 2013.

Kevin Hogan has a small business and runs a cattle property near Clunes with his wife Karen and three children. He has lived in the Northern Rivers for the last decade.

After completing an Economics degree Kevin spent over ten years in Sydney managing investment portfolios for Colonial, where he also gave market updates on Sky News.

He has taught at St Mary’s High School in Casino, teaching Business Studies and serving, for a time, as Deputy Principal. 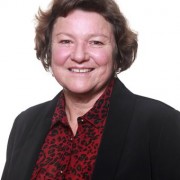 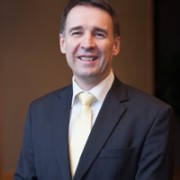 Steve Janes lives in Ballina and runs a coffee shop.

Carol Ordish is a mentor/coordinator for youth wing of the CDP, and a member of the Clarence Valley Transport Committee.  She has a background in nursing, midwifery and animal studies.  She has also worked as a consultant and fundraiser in the missionary field. She is a coordinator in various youth/children’s and community organisations.

Musings on a decaying Republic, old and new

This is one last head-scratch about Donald Trump and the American political paroxysm before the forty-fifth president drags himself, or is dragged, away.
Read more

$300k each for Ballina and Lismore communities

State Members Janelle Saffin and Tamara Smith have each announced today $300,000 in funding for projects in the community.
Read more

The NSW Teachers Federation has claimed that the unexpected amalgamation of four primary and high schools in Murwillumbah will lead to a permanent loss of teaching staff in a visit to Murwillumbah this week.
Read more

Many more Americans voted against Donald Trump than voted for him – millions more. But nearly as many did not vote at all. And the explanation of why they failed to do so is bad news for what is left of democracy.
Read more
The Echo is made possible by the support of all of our advertisers and is brought to you by this week's sponsor, Enspire Furniture & Homewares Ballina.