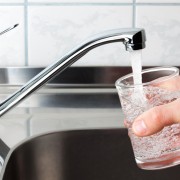 Tweed and Byron shire councils will this week revisit the controversial issue of adding fluoride to council water supplies as the state government considers whether to step in and make fluoridation compulsory.

Lismore City Council last week during a marathon and heated debate overturned a previous decision not to flouridate its supplies, while Ballina Shire Council last month reaffirmed its decision to go ahead with it.

On Thursday this week, Byron Shire’s conservative deputy mayor Diane Woods is expected to put up an urgency motion for council to reconsider the issue after having previously rejected fluoridation.

On the same day, Tweed Shire Council will debate a motion by Greens’ Cr Katie Milne calling for a report on the costs of currently fluoridating the water supply and what savings could be made if it was discontinued and other options used to replace it, such as adding it to milk or bottled water.

The chemical has been added to water supplies by many councils in Australia since the 1950s as a means of improving dental health but anti-fluroide campaigners say it poses a danger to people and the environment.

Most of NSW’s population has access to fluoridated water.

Earlier this year anti-fluoride activist Al Oshlack failed in a his Land and Environment Court bid to stop the introduction of fluoridated water in the northern rivers by public water utility Rous Water, which services Lismore, Ballina, Byron Bay and the Richmond Valley.

The Sydney Morning Herald recently reported that anti-fluoridation action has been spreading from Queensland south into NSW.

The report said that since Queensland premier Campbell Newman’s Liberal-National Party government overturned the previous Labor government’s decision to make fluoridation of the water supply compulsory, 17 councils had voted to either stop adding fluoride or have stopped moves to build fluoridation dosing plants.

And the state opposition’s health spokesman, Dr Andrew McDonald, has called on the NSW government to make fluoridation compulsory rather than have individual councils each deciding on it or asking NSW Health to decide.

Tweed’s Cr Milne in her motion says other options that may be available for the community to receive fluoride should be investigated, including methods in Europe where fluoride is added to certain brands of milk and bottled water.

Byron Greens’ Cr Rose Wanchap said fluoride ‘is the only chemical added to public water for the purpose of medical treatment’ and that ‘informed consent is standard practice for all medication’.

Cr Wanchap told Echonetdaily that fluoridation allowed ‘governments to do to whole communities (forcing people to take a medicine irrespective of their content) what individual doctors cannot do to individual patients.

‘The Centres for Disease Control and Prevention 1999 and 2001 has now acknowledged that fluoride’s benefits are mainly topical not systemic so there is no need whatsoever to swallow fluoride to protect teeth,’ she said.

But the state’s chief medical officer, Dr Kerry Chant, who addressed north coast councils recently on the benefits of fluoridation, says there is no scientific evidence to show fluoride had negative effects on health.

Dr Chant told those councils that by not fluoridating, it would deny residents ‘one of the most effective and socially equitable means of preventing tooth decay’.

Other health practitioners have spoken out for fluoridation, including local doctor and dental associations.

Echonetdaily has sought comment from Cr Woods on her motion, which will be available later today.

Households within Lismore LGA receiving water via the Clunes fluoride dosing plant have been granted a short reprieve after the plant was taken offline on Friday.
Read more

Al Oshlack, Lismore. I am most upset at the alleged assault of Lismore mayor Jenny Dowell. I have issues with Cr Dowell over the way she has handled the fluoride issue and the North Lismore Plateau development, but totally abhor this angry outburst which has besmirched the integrity and sincerity of those residents who oppose the fluoridation of our water supply.
Read more

Carmel Liertz, Lennox Head. It’s truly tragic that the small majority of Rous Water councillors and the state health department are so determined to push fluoridation, when evidence has been gathered over many decades about fluoridation and as such is considered 'an outdated practice that most of the world countries don’t even do'.
Read more

Fluoridation of Lismore and Ballina's water supply moved a step closer yesterday with the awarding the tender for the building of four dosing plants, but anti-fluoride campaigners may yet continue their fight to stop it.
Read more
The Echo is made possible by the support of all of our advertisers and is brought to you by this week's sponsor, Enspire Furniture & Homewares Ballina.

Prime Minister Malcolm Turnbull’s promise of same-sex marriage by Christmas will almost certainly be honoured. We will continue to argue for some time whether the long, expensive and emotionally charged process that’s delivered this change was worth it.
Read more

Mayor calls for more tolerance of naturists by police

Byron Shire Mayor Simon Richardson has described the police’s ‘zero tolerance’ of naturists as ‘excessive’. And a Byron Bay local, Maxine, says she will fight the $500 infringement she received at Tyagarah Tea Tree Lake a week ago.
Read more

Catholic teachers from schools in the Lismore Diocese said yesterday they will continue industrial action next year against their schools, who they say are trying to erode their rights.
Read more