While the Liberal-Nationals parties are wedded to fossil fuels through political donations, and their employees oscillate between government jobs and the mining sector, Labor have also supported the introduction of new gas and coal mines, despite the urgent warning to reduce carbon emissions by climate scientists.
Read more 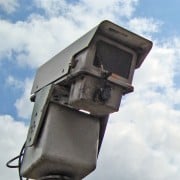 Byron Shire Council has given the green light and up to $200,000 funding for the installation of 16 CCTV cameras in the central business area around Apex Park and Jonson Street.

The controversial issue of security cameras has divided the community but it was a case of an offer too good to refuse for councillors at last Thursday’s Council meeting.

Additionally with the CCTV funding, partners will be sought to help the estimated $80,000 per year ‘and/or find partners to collect the data and maintain the system (eg NSW Police).’

Perhaps most importantly, a lighting component has been included, totalling $45,000.

The mover of the motion, Cr Chris Cubis, told fellow councillors that he had been affected by Byron’s street violence.

‘An apprentice of mine was bashed to within an inch of his life,’ Cr Cubis said.

During debate, mayor Simon Richardson warned of the cost associated with CCTV upkeep and cited studies which suggest that it is only effective in carparks.

And in a rare show of fiscal abandonment, Cr Sol Ibrahim said, ‘If it’s going to cost some money, then so be it, we have a $60 million budget.’

‘Capture and conviction is what the community expects,’ Cr Ibrahim said.

Meanwhile, president of Byron Bay’s chamber of commerce (Byron United), Michael O’Grady, told Echonetdaily that he personally conducted a study on behalf of the chamber a year ago.

‘I looked at the CCTV installations of surrounding shires, and one of the findings was that maintenance costs were not as high as Council’s estimated $80,000,’ Mr O’Grady said.

But he did concede that with the cameras being near the beach, there could be higher costs associated owing to the salt air.

He added that the topic of contributing to CCTV had not yet been canvassed with Byron United members.

The Byron Lady Golfers were pretty in pink as they set out for the annual Pink Ball fundraising day, but not before they participated in some fun activities.
Read more

A team of volunteers who have helped hundreds of locals left homeless by the floods find temporary accommodation will finally be paid for their work, after Byron Council promised to find $10,000 in funding.
Read more

Northern Rivers locals locked out of buying an electric vehicle because of cost can now access more affordable EVs through Enova Community Energy’s bulk-buy in partnership with the Good Car Co.
Read more