It’s A Wonderful Life in Ballina

In the 1940s radio plays were as popular as movies and their stars were feted like movie stars.

The old favourite story, Christmas fantasy comedy-drama It’s a Wonderful Life has novelty appeal in Ballina Players’ production with the visual impact of live actors combined with the sound effects of a radio play.

It’s a Wonderful Life, directed by Mike Sheehan, will be staged at the Players Theatre March 6–21 .  Evening performances commence at 8pm and weekend matinees at 2pm.

Opening night on March 6 will be a special event, with pre-show champagne and finger food. Book online at www.ballinaplayers.com.au or at Just Funkin Music, 6686 2440.

Born out of the Sydney punk scene in 1977 after being told to ‘harden up’ by Rose Tattoo, Australian rock legends X garnered a reputation for primal intensity and a raw and uncompromising sound that few could match.

Over the course of a stormy and erratic career members have come and gone, but stalwart frontman Steve Lucas, once described as sounding like he’d gargled razorblades, just keeps on keeping on with this current incarnation.

In their only north coast show, Steve Lucas & The X-Aspirators present An Evening of X from 7.30pm this Saturday at Mullum’s Middle Pub (plus support The Nimbin Anti-Bodies).

Take this rare chance to catch an Australian legend FREE in your local area. 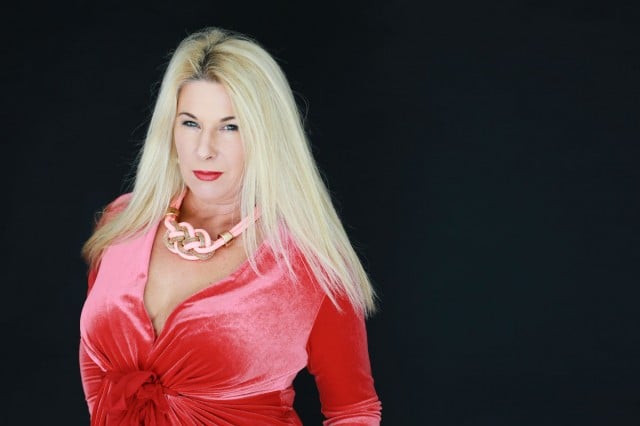 If you are after something out of the box, weird, unpredictable, creative, challenging, and very very inner city – then the Byron Brewery’s regular open mic comedy night is the gig for you.

This free monthly comedy night features a professional comic as ringmaster, cracking the whip for the wannabe comedians keen to get their funny lines through the hoops.

This month’s MC is Mandy Nolan, a comedian with nearly 30 years of stage time under her belt.

At 47 Nolan reckons she’s hit ‘peak funny’. ‘Sometimes it feels like the whole world is nuts and you’re the only one who’s noticed!’

Mandy Nolan is the MC at the BellyLaugh at the Brewery on Thursday at 8pm. Free!

RAW Comedy is Australia’s biggest open mic competition. Finalists get to perform in the RAW Grand Final at the Melbourne International Comedy Festival next April, and the winner will pocket the much-sought-after prize of a trip to the Edinburgh Festival Fringe.

Heats take place nationwide with one scorching Byron Bay heat at the Pandanus Lounge at the Byron Ex-Services Club on Monday at 8pm. Shows are all $10 with tickets at the door.

PRESENT is the first of four emerging arts showcases to be run by RAW Byron Bay in 2015 and this first showcase is packed wall to wall with Byron Bay’s best emerging creatives. Natural-born artists is an independent arts organisation, for artists, by artists.

RAW’s mission is to provide independent artists of all creative genres with the tools, resources and exposure needed to inspire and cultivate creativity. Doors open at 7.30pm. Tickets are $16.50 (+bf) and are available throughwww.RAWartists.org/byronbay/present or $20 on the door.

The Drill with Dylan

Tickets are $15 or $10 concession, and can be booked online at www.drillhalltheatre.org.au or purchased at the Mullumbimby Bookshop or at the door (if not sold out).

From 6 till 15 March, the 9th Byron Bay International Film Festival celebrates the unique experience this grassroots cinematic event offers by connecting international filmmakers with audiences on a shared journey of inspiration, discovery and screen magic.

Festival director J’aimee Skippon-Volke said, ‘This year’s festival is all about celebrating the unique experience we gain by leaving the comfort of the couch and attending a grassroots film festival like Byron Bay International Film Festival’.

Official program announced and tickets on sale Monday 23 February 2015 at www.bbff.com.au. For early announcements and exclusive presale offers subscribe to the newsletter or find the festival on Facebook.

Next market day sale will be held on 21 Feb from 10am till 3pm. Pottery and sculpture will be for sale in the carpark of the Drill Hall. The Mullumbimby Community Art Gallery will be open during the market day sale.

The Byron Music Society presents its first program for 2015 – Threads – a stunning and unique combination of dance, music and visual effect that captures the essence of Byron Bay. The principal architect of the program is Argentinian composer and multi-skilled musician Dr Gerardo Dirie, head of music studies at Queensland Conservatorium. Byron Community Centre on Sunday 22 February at 2pm. Tickets 6685 6807 or at the door.

Friends of the Library massive book fair, book fest and book sale on Saturday 11 April, and we need your help with donated books, DVDs, CDs, vinyls, games and puzzles.