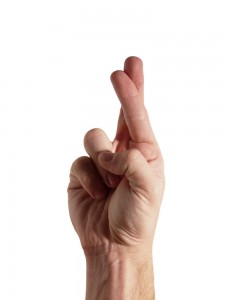 The appalling shenanigans over the renewable energy target stand as one of the most cynical examples of policy sabotage in Australia.

And yet, even as a deal is purportedly struck to consign $5 billion of potential investment to the dustbin, the policy bastardry continues.

The deal struck with Labor on Friday– provisional on Cabinet and Labor caucus approval – will see the large-scale renewable energy target slashed from 41,000GWh to 33,000GWh.

Yet, even having slashed the remaining ‘to-do’ target by one third, the Coalition is refusing to provide the certainty that the industry has craved, and has back-flipped on its promise to put off the next review for four years.

The cynicism is breath-taking. It means that after a flurry of near-term investment, the renewable energy industry will be facing yet another review next year, which will surely cause the same investment drought that has occurred over most of the past two years.

The government, typically, is selling this as an increased target. It is anything but. The deal means a cut of more than one-third of what will be built between its election and 2020 – a reduction of some 3,000MW as we reported here, although the Coalition wanted even bigger reductions

It means that Australia will become the first developed country to slash its renewables target, adding to the dubious epaulet it received when it became the first country to trash a carbon price.

The Australian renewable energy industry has been at a standstill ever since it became clear in early 2013 that Abbott would get elected and would deliver on his party’s unstated (but barely concealed) intention of slashing or removing the RET altogether.

The Coalition’s rhetoric was one of semantics and obfuscation – a source of some pride for environment minister Greg Hunt, but as we pointed out in this piece on the Abbott government’s 10 biggest whoppers, it got caught out on a few occasions. The only winner has been the fossil fuel industry, and coal-fired generators in particular.

In essence, the battle over the RET is a microcosm of similar games being played out across the world, as Big Oil and Big Coal seek to delay policies that will accelerate their inevitable exit.

They have largely succeeded in delaying carbon policies, although as the UN’s lead climate negotiator Christiana Figueres pointed out this week, more than 60 countries now have a carbon price.

But few, if any governments, have been as accommodating as the Australian government to the demands and intense lobbying of big coal. It is difficult to know whether this is a matter of ignorance, craven capitulation to Big Coal, or ideology. Or a potent mixture of all three.

But it is not the first time. The events of the last 18 months have been a re-run of what occurred a decade ago, when the then and now Industry Minister Ian Macfarlane achieved a similar standstill in the renewables industry, by refusing to implement an expansion of the then MRET scheme, despite a government report recommending he do so.

Indeed, even the Warburton review, led by climate change denier and pro-nuclear lobbyist Dick Warburton, found that keeping the renewables target intact would deliver benefits to consumers; and then on seemingly nothing but ideological grounds, it recommended that the target be scrapped, or slashed to 26,000GWh

To understand the thinking within the PM’s office, it is instructive to read the latest outburst from his main business advisor, Maurice Newman, who wrote in The Australian today (again) that climate science was a hoax designed  by the UN as part of a fiendish plot to establish a new world order.

So, while the government’s most senior advisors have been hiding under the table in the hope of avoiding this new world order – and maybe even giant bats – investment has dried up, and many international investors and financiers and project developers decided to turn elsewhere, particularly to the Asia, Africa and Latin America markets, where renewables are in full bloom.

The agreement struck today with Labor will lead to a doubling in large-scale capacity over the next five years, but the original agreement called for a trebling.

The Coalition argues that the result is still a target of 23 per cent. They get there by adding back (and double counting) rooftop solar, but they have never explained why an outcome of 27 or 28 per cent renewables should be unacceptable. This agreement translates into a cut of around 3,000MW of large-scale renewables capacity, and probably around $5 billion of investment in the next few years. In this graph below, the yellow line indicates the investment intended under 41,000GWh. The result will be somewhere between blue and light green.

The biggest loser from that is big solar. Because the target is smaller, much of it will be rapidly filled with the huge back-log of wind farms, the machines that the conservative side of politics appears to find so objectionable.

There is some hope that large-scale solar farms can get up in Western Australia, which has much higher wholesale market prices, and maybe a few smaller plants in the eastern states. Once again however, the scheduled review will make financing hard to achieve, and more expensive.

The outcome could be worse. The Coalition is also proposing to include native wood waste in the RET, which as Emma Chessell writes, could take up to one-third of the new target.

The renewable energy industry, and solar in particular, are pinning their hopes on two things.

One is that states could come to the rescue, as Victoria did in 2005 when Macfarlane completed his first act of sabotage. They are keen on following the ACT’s lead – and its successful auction system – but need the feds to change legislation. (The Coalition had introduced amendments to try and head off a repeat performance by Victoria.

The other hope is in Federal Labor, assuming that – should it get elected at the next federal poll – it delivers on its promise for a more ambitious post-2020 renewable target.

But there is reason to be doubtful. The draft document for the national platform to be discussed in July talks in fine words about the need for renewables, but makes no mention of a target, and certainly not the 50 per cent by 2030 urged by advocates.

There is a fear that Labor could duck the issue, as they have done on climate targets. Despite commissioning the Climate Change Authority to act as an independent advisor, much like the Reserve bank, it has not embraced the CCAs repeated recommendation that the 2020 emissions reduction target be ramped up to 19 per cent below 2000 levels.

For the record, the CCA just did complete its own review, just a few months ago. And its finding was that there was no justification for the 41,000GWh to be cut, although it did recommend that the end date be deferred by two years to take into account the two years of investment blockage that the Coalition had caused.

The Coalition ignored it. Perhaps the Abbott government would take more notice of the CCA’s findings if it appointed Newman as chairman. Nothing would surprise.

Previous articleWe are lied to about war, drugs
Next articleTriathlon blamed for traffic chaos

Living off grid can teach an individual about living within the limits of their immediate environment – a lesson we need to learn as individuals and as a species. We are well on the way to tipping the Earth beyond its ability to support the myriad lifeforms, including us, that are here.
Read more
The Echo is made possible by the support of all of our advertisers and is brought to you by this week's sponsors Second Hand Saturday, Dan Murphys and Primex.