The Byron AFL team put the cream on top of an undefeated season run by beating the Ballina Bombers in the grand Final last Saturday 11.11–77 to 6.5–41.

The Byron team had been dominant all season but to finally get their hands on the premiership trophy after playing in three finals in the last four years was a deeply satisfying achievement, timekeeper Barry Ryan said.

The first half of the game was typical finals football with tight marking and rigorous defence. ‘Finding space was difficult,’ he said.

But the Magpies did get the best of the start, ‘making the most of their opportunities up front,’ he said.

But with an early third-quarter sparkle the Bombers did give themselves a look in, booting four goals to two, to reduce the deficit to 23. At one stage they got within 18.

But Byron’s goal-scoring power at the back end of the game made sure of the win.

Ryan McMillan (three goals) was ‘on fire’ early, and set the tone for the Magpies while Will McBride (three goals) at half-forward created plenty of opportunities.

The club has plans to continue its building process, and of course would like to win next year’s final as well.

Brett Porter and Michael Young had really helped to development the club since it made the move to call the Cavanbagh Sports centre home two years ago.

The move has helped attract new players and earned great support from a range of local Byron Bay businesses. 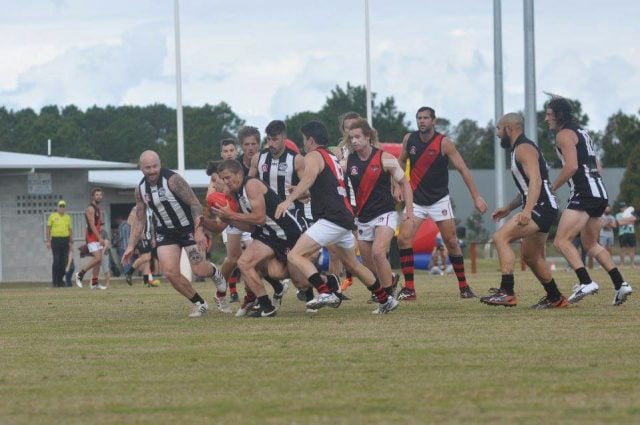 The Byron Bay Magpies AFL club are holding their AGM next week and are inviting anyone interested in being part of the club to...
Read more

Ross Kendall Senior AFL players from the Byron Bay Magpies, tweed Coast Tigers and the Ballina Bombers will get another few weeks off as the...
Read more