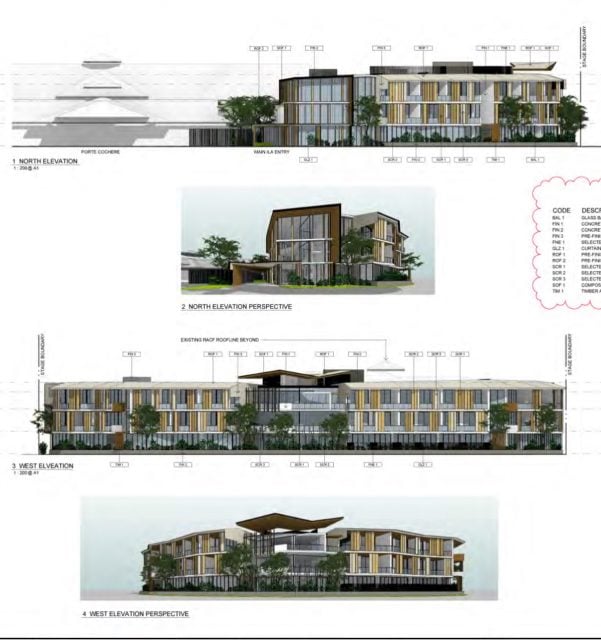 Residents of a major aged-care and retirement community at Banora Point last night welcomed the deferral of a $16 million plan to build a three-storey facility with 69 extra rooms and units.

Tweed Shire Council chambers’ public gallery was packed with residents of the Darlington Retirement Community complex in Leisure Drive, fearing the impacts of the final stage of the development which differed from the original plan.

Residents said proposed parking for the facility was inadequate and it would also mean a loss of amenity to them.

The bulk and scale of the three-storey building was also a cause for complaint.

Councillors unanimously deferred the development application to allow residents and the developer, RSL Care, to discuss the issues with a report expected to return to council.

The plan for the ‘seniors living’ development is for 69 new rooms comprising 33 aged care residential rooms (15 of which are special care dementia rooms and 18 are general care rooms) and 36 independent living units or serviced apartments.

It is the sixth stage of the Darlington Retirement Community complex approved years ago as a seven-stage development. All stages except the current plan have been built but the latest stage is different than that originally proposed, which was for a single-level building consisting of 30 residential aged care rooms.

These areas are proposed for the use by staff, residents and their guests.

They dismissed public submissions about inadequate parking, amenity, building height and other issues saying they did not warrant refusal and the plan complied with state policies.

FIsherfolk have been caught in the net of parking fines designed to stop travellers parking up for the night on the Tweed Coast Road and they are seeking help to access their beaches at night without fines.
Read more
The Echo is made possible by the support of all of our advertisers and is brought to you by this week's sponsor, Enspire Furniture & Homewares Ballina.