Yacht with five on board runs aground at Kings Beach 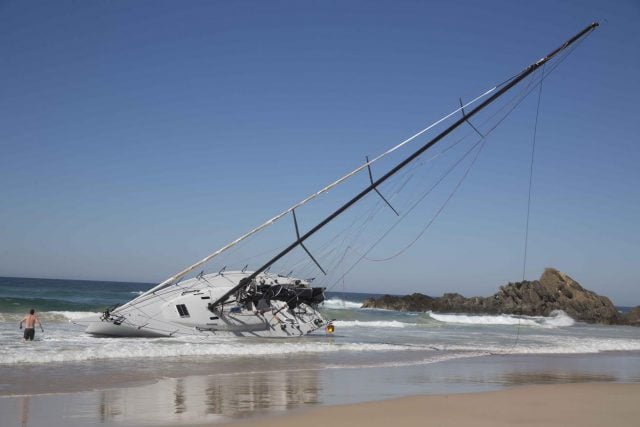 Police and the owners of a yacht that ran aground at Kings Beach near Broken Head around 2am this morning are at the scene trying to recover the vessel.

Rescue authorities received a mayday call this morning when the yacht with five people on board ran into trouble.

The five people on board managed to launch a life raft and make their way onto Kings Beach where local police assisted them.

The local Jet Rescue boat from Ballina attempted to drag the yacht from the beach, however they were unsuccessful.

The Westpac Rescue Helicopter also attended the scene but returned to base once it was confirmed that all give people were safe and clear of further danger.