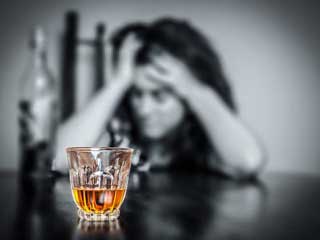 Byron Shire District of Alcoholics Anonymous (AA) is holding its upcoming AA convention at the Mullumbimby Civic Centre on the weekend of March 23 – 25.

Friday night is public information evening and sharing. There will be a panel of four including a doctor, police officer, paramedic and AA member. They will taking questions from the audience about alcoholism, role of AA and what AA does and doesn’t do.

‘I knew that my drinking was different, I rarely if ever drank socially or in moderation. I drank with no control and could not guarantee my behaviour when I drank, nor could I stop drinking once I started to drink,’ said Janet* who has been twelve years sober, is married, a mother of three, and grandmother of five.

Though Janet had occasional periods of abstinence, she couldn’t stay sober permanently.

‘I believe that alcoholism is a progressive and often fatal disorder,’ she continued.

‘I met a man who was a member of AA, he had seen me drinking and suggested I attend a meeting and I went to the Sunday night Brunswick Heads meeting. That was my introduction to AA.

Janet recognises that she ‘was an emotional wreck and emotionally unavailable, having problems in my personal relationships, was miserable, angry, resentful, and often very fearful and didn’t realise.’

‘My behaviour was often very antisocial which led me to feel regretful remorseful and shameful. I struggled to really be of much use as I rarely sobered up. My drinking was out of control, I had lost the power of choice in relation to alcohol; it controlled me and at the end of my drinking I was desperate and I wanted things to change.’

Through AA Janet was able to sober up and stop drinking.

‘I have been an active participating member of AA for 14 years. It has changed my life and for that I am incredibly grateful. It’s a design for living that works especially in tough times.’

The only requirement for membership is a desire to stop drinking, there are no fees or dues for AA membership; they are self-supporting through member contributions and are not allied with any sect, denomination, politics etc. Their primary purpose is to stay sober and help other alcoholics to achieve sobriety.

‘We are actively encouraging community workers and professionals to attend, especially those working directly with the still suffering alcoholic,’ said a spokesperson for the AA convention.

*Janet’s name has been changed to protect her identity.

M Green, Myocum Regarding Council’s concept ideas for the Stuart Street ‘Green Spine Project’, I am strongly opposed to any change in the traffic arrangement...
Read more

The Mullumbimby Chamber of Commerce and a group of local businesses and landowners have raised a range of issues over the implementation and management of the Mullumbimby Greenspine project by Byron Shire Council.
Read more
The Echo is made possible by the support of all of our advertisers.