Bangalow XI chased down by Alstonville

Entertainment in the Byron Shire for the week beginning 15 September, 2021

Michael Lyon, I understand you took the initiative to collaborate with neighbouring mayors in the Northern Rivers to address...
Read more

Australia has indeed been ‘the lucky country’ in the COVID-19 pandemic until recently, yet ‘run mainly by second rate...
Read more

After announcing last Friday that she would discontinue her daily press conference and the media backlash that followed, New South Wales Premier Gladys Berejiklian was back at her post at 11am today fronting the camera and question
Read more 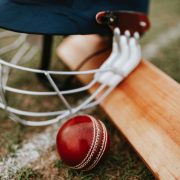 Playing away Bangalow won the toss and elected to bat giving in-form opener S Singh the chance to back up from his century last week with 70 runs before he was run out.

B Hudson was the best of the Alstonville bowlers with 1/19 off five overs.

Alstonville chased down the total in 36 overs posting 7/210 in a measured all-round batting reply.

G Hunter top scored with 43 but he was well supported across the card with all batsmen bar one posting double figures.

The best of Bangalow’s bowlers were T Plummer with 2/35 off eight overs and B Alcock with 2/37 off four.

The win keeps the Leftovers in the top four, just three points clear of Lennox Head, who are nine points ahead of Bangalow, who sit in sixth place on the competition ladder.

Are you interested in learning more about the cannabinoids you use? Researchers from Monash University are asking both smokers and non-smokers to help research the variety of cannabinoids and their impacts.
Read more
Local News

Upside-down rhinos, nose-clearing sex and chewing gum forensics.
Read more
The Echo is made possible by the support of all of our advertisers and is brought to you by this week's sponsors The Macadamia Castle and Dan Murphy's.