A Sunday to save koalas in New South Wales

From banners and signs to dressing up as our much-loved tree-dwelling marsupials, yesterday was a day to stand up for koalas.

Greens MP and Chair of the Inquiry Cate Faehrmann said the recent NSW Parliamentary Inquiry into Koalas found that the koala will become extinct in NSW before 2050 without urgent government intervention and had 42 recommendations for actions that must be done now to save the koala.

‘The Inquiry found that the biggest threat to the koala’s survival in NSW was the loss and fragmentation of habitat.

‘The time has come for the government to draw and line in the sand and say enough is enough. We know that to save the koala we have to protect their habitat so that’s what we’re going to do.

‘Instead, we have developments being fast-tracked that will destroy hundreds of hectares of koala habitat and forests which have been identified as core koala habitat being clear-felled by Forestry Corp.

‘From the Brandy Hill Quarry in Port Stephens that will clear 52 hectares of Core Koala Habitat to Lend Lease’s Figtree Hill development in Sydney’s Southwest that threatens the last chlamydia free colony in our state, it’s extinction by a thousand cuts.

‘This Sunday hundreds of people across NSW hosted COVID-safe pop-up and virtual protests to demand action from the Premier as well as her Planning Minister Rob Stokes and Environment Minister Matt Kean.

‘The Premier has said she wants to save the Koala. Well, the world is watching Premier, and the only way to save them is to protect their habitat from further destruction now.’ 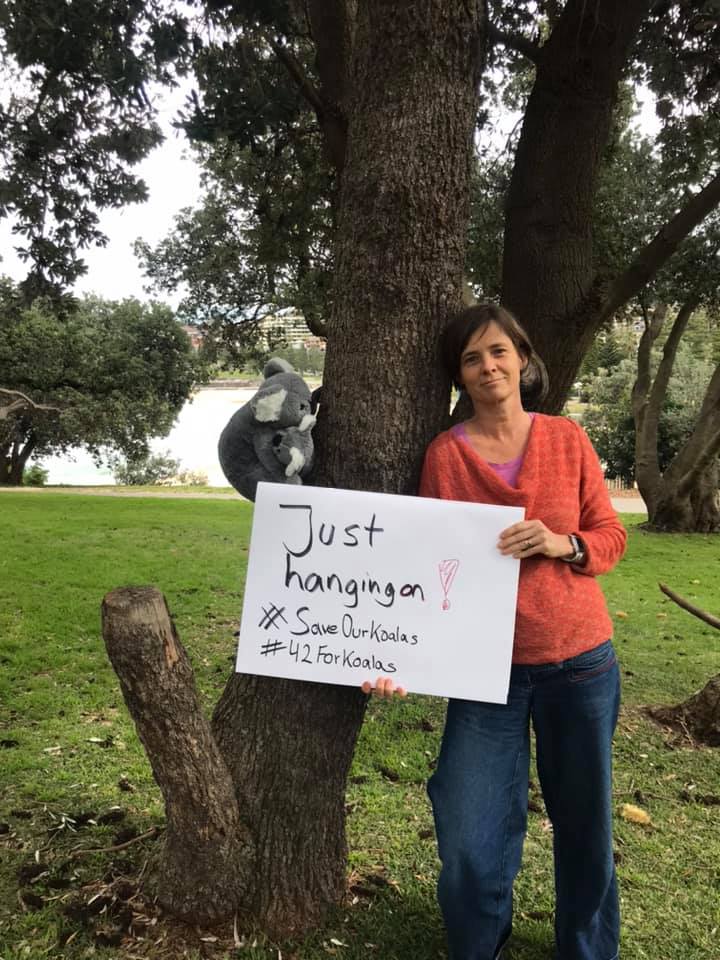 Previous articleUp Wilsons Creek without $1,000 after illegal doof
Next articleLocal Landcare gets $200,000 in grants