Byron buskers to get their wings clipped

The preserving room in my grandparents’ house was a mysterious chamber, entered once as a small child, that I...
Read more

Space is the place

Space is the Place is committed to bringing some of the world’s most forward-thinking electronic artists and DJs to an accessible space for all to celebrate this summer.
Read more

Yulli’s Byron Bay and its sister eatery Wok This Way will soon be merging in a move designed to...
Read more

Basketball NSW (BNSW) has teamed up with the Office of Sport, Indigenous Basketball Australia and local communities to run...
Read more

Kids Helpline ready for the school year to begin

As children across Australia begin a new school year, Kids Helpline is reminding families to keep an eye on their children’s wellbeing at what can be an anxious and stressful time.
Read more

Byron Bay Cycling Club members shook up C-grade at the criterion racing held in Yamba last Sunday. Conditions made for a great morning of cycling despite the high humidity that made the road surface challenging. All riders were able to make their way around the course safely, according to the Yamba Cycling Club report.
Read more

They are known by some Byron Bay locals as the ‘super buskers’ – street performers with professional PA systems pumping their high-decibel offerings into the evening air.

Some say they add to town’s night-time vibe, while others feel that they dominate the soundscape on Jonson Street to the point that acoustic buskers, and even those wishing to have a conversation on the street, are completely drowned out. 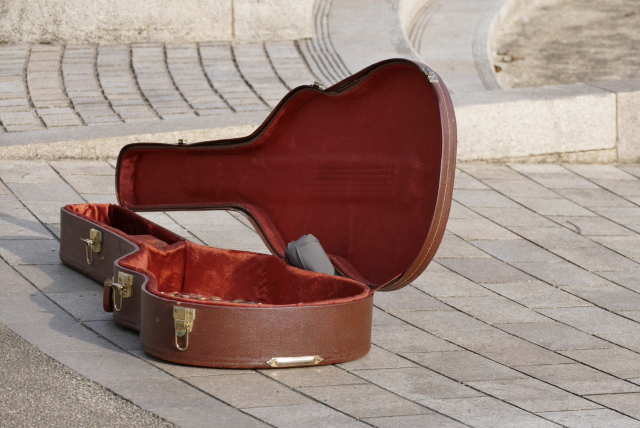 These competing positions will be weighed up by Byron Council in the coming weeks, as it undertakes a review of the Shire’s busking policy with a particular focus on the use of large speaker systems, and busking in non-designated areas.

‘I’ve had representations from people who live in the town centre and, particularly along Jonson Street, there are some super buskers, young gents, playing the same music night after night,’ Mayor Michael Lyon told last week’s Council meeting while moving a motion on the issue.

‘Having walked in the town centre recently just to check things out, I can attest to the size of these speakers. The volume that’s coming from some of them is quite extraordinary.

‘And to be honest, I’m not sure that it’s in the spirit of busking, especially when you get two or three of these performers competing for sound.

‘I really support the provision of busking in the town centre. I think it really does add to the spirit and culture of Byron Bay. I don’t want to be the fun police, quite the contrary.

‘But some say by having these larger speakers you’re actually limiting busking because you’re dominating the space.’

Cr Lyon suggested that Council could find a way to control or limit the use of extra-large speakers on Jonson Street.

Local busker Zahlu told the meeting during public access that having music on the streets was a major part of the tourist and visitor experience but that ‘we have to do something about the volume’.

‘The question is ‘how are we going to police this?’.

‘Years ago, we had inspectors walking on the street dealing with the issues. We don’t have that any more.’

Zahlu offered to lead an informal ‘buskers alliance’ in which the town’s buskers and Council officers could work together to keep volume levels in check.

The alliance could also help to monitor the safety issues that were created when crowds of people watching a busker spilled onto the street.

In a report on the issue, Council’s Manager of Public and Environmental Service, Sarah Nagel said staff were currently working on a review of Council’s busking policy, that aimed to integrate feedback from local police, and recommend ‘removing or reducing the approval to use amplification’.

Councillors unanimously resolved at their Thursday meeting ‘that Council addresses the issues with busking in the town centre, specifically the use of large speaker systems and busking in non-designated areas’.

The motion does not say what will be revised, or when, or by whom – it just says Council will provide ‘better guidance for the benefit of all concerned’.