Dean Doyle and Sophistication are back this week for Morning Melodies at the Ballina RSL. Dean, Narelle and Paul...
Read more 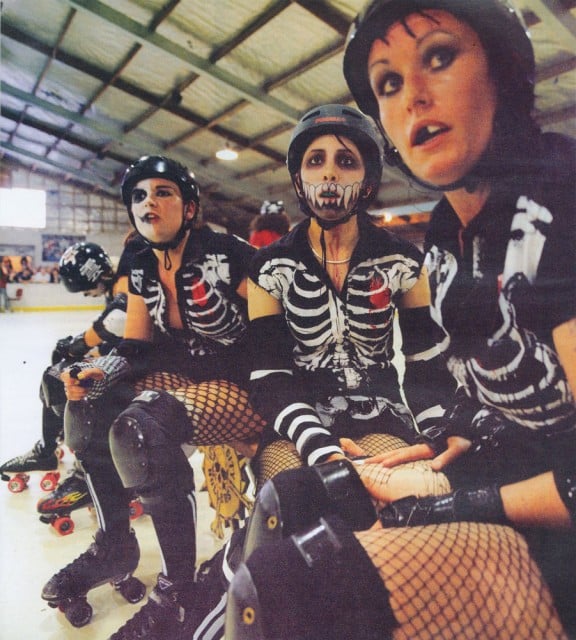 Australia’s largest regional film festival, Byron International Film Festival, kicks off this Friday with a dazzling opening night, and a lineup that features 226 films from 36 countries.

This is the world trip you thought you couldn’t afford. One film of particular interest is Pretty Brutal, by filmmaker Monica De Alwis, that features the inside story of New Zealand’s first roller derby league. Their challenge: run a democracy and train together as sisters then savage each other come match day. Monica spoke with The Echo about a sport that is taking the world by storm!

Monica, why did you choose roller derby as a subject?

I started to see DIY-style advertisements for all-female, full-contact roller derby posted around town. I hadn’t seen this kind of image used to represent a female sport before. I was surprised at the general comments and media reactions around me, which were quick to sexualise or stigmatise the idea of women’s being aggressive. I was attracted by derby’s collision of sport and subculture and excited by the questions it raised about gender and identity. I was also intrigued by the dichotomies that the sport seemed to marry. Members were encouraged to develop bad-arse alter egos yet surrender themselves to the collective. The new phenomenon struck me as a wonderful experiment that was creating a stir and had met some need. I was curious to see how the story would unfold.

Is the appeal of roller derby somehow linked in with our obsession with violence?

I do not believe roller derby is violent. It is physically and athletically aggressive. There is a distinction. As the league navigated its early journey, I think these language distinctions emerged through painful trial and error. I also feel that attitudes towards athletic aggression being a traditionally masculine domain are responsible for the way female derby is sometimes framed as a ‘violent’ spectacle as opposed to a legitimate sport.

What kind of girls take up roller derby? Do you think it’s a reaction to the incredible amount of messaging around girls’ body image?

A spectrum of people play derby and their reasons for getting involved vary. It is a challenging yet community-oriented sport that encourages women of different sizes, ages, experience levels and backgrounds to get involved on or off skates. I think this has contributed to the sport’s rapid growth. Players possess strength, agency and unapologetic athletic aggression, while shamelessly marrying those qualities with glitter, humour and permission to play up or down their femininity. The fact that your body is capable, important and celebrated on the rink is a positive and attractive message.

What were the stories that were unfolding when you started shooting?

When I arrived on the scene three intersecting elements drew me in. From an outsider’s perspective, The Pirate City Rollers appeared to have a strong sense of identity. For me that image was constructed from media coverage as well as league-generated propaganda. However, I realised there was a tension between this surface image and an unfolding inside story. The Pirates were a fledgling league, the first established outside North America. I observed an assemblage of strong personalities with diverging ideals about what they should be. Pieces of Hate, a divisive yet magnetic central character, made her presence known straightaway. What drove her on a personal level to invest heavily in a potentially volatile sport was bound to have an impact on the evolution of the league’s story. How did you see relationships grow or change during the film?

The early league I filmed subscribed to ideals of democracy and equality. People were often drawn in for friendship and the chance to be included in the creation of something new. As league members tested their own personalities, motives, and commitment levels against these concepts I saw leaders, followers and power structures emerge. As the competitive season kicked in, relationships between friends and teams, coaches and new recruits became fraught with unspoken tensions. When asked to be aggressive with each other against the backdrop of sisterhood, I felt some players had much to wade through before recognising aggression in a sporting context is ‘nothing personal’. When this separation doesn’t happen, the situation can become threatening and everyone reacts differently in the face of conflict. On the other hand, I saw relationships between some women transform into something very honest and healthy through roller derby.

What decisions did you make in the edit room when it came to how the film was going to look and just what story it was going to tell?

It became clear that this film was not going to be a topic-based film introducing roller derby, neither a sweeping look at the sport’s evolution. I could see the trajectory of a debut competitive season being the narrative spine of the film; however, what was unfolding before me was a one-off scenario that could not have been scripted. So, the story we decided to tell was the most organic and intimate one. Pretty Brutal became a film about a human experience within the context of a fledgling roller derby league. I often shot handheld, and being short, I shoot from an angle that enhances the feeling that you are within a scene or are a participant in a discussion. Initially this was a pragmatic decision but became a relevant way to tell this kind of candid, behind-the-scenes story.

How has the reaction to Pretty Brutal been?

There has been a lot of positivity. Pretty Brutal was awarded Best New Zealand Feature, Best New Zealand Editing and Best New Zealand Director at Australasia’s premier documentary film festival, Doc Edge 2013. It has been invited to screen in Los Angeles, New York and Texas. I’ve been happy to see a whole variety of viewers, derby and non-derby alike, turn out to screenings and communicate with me about the universal touchstones they’ve found in the story. For those who appeared in the film, it was clear to see that Pretty Brutal captured a time of difficult growth; emotions and old rivalries surfaced on premiere night and we had a very rowdy cinema experience! Newer members of the Pirate City Rollers were proud to have an historical document recording some of the experiences that helped form a framework for their current organisation. I look forward to engaging with leagues around Australia and hearing about their own startup stories.

Screening at the International Women’s Day event on 8 March. For screenings and program info go to www.bbff.com.au.

Previous articlePhotos for BYS are a SNAP!
Next articleAnti-fracking campaigner gets standing ovation

The roller derby season kicked off with six teams competing in the second running of the Northern Rivers Revolt held at the Cavanbah centre two weeks ago. Teams travelled from Melbourne, Brisbane and Sydney to complete in the two-day roller derby tournament.
Read more

The 2020 Northern Rivers Revolt roller derby tournament will again be held in Byron Bay at the Cavanbah Centre over March 14–15.
Read more

Roller derby back in Byron

Roller Derby comes to town this Friday when teams from Byron’s own Bay Rollers, the Beach Babes and the Hillbilly Hotties go head to head at the Byron Sports Complex.
Read more