As we stumble into the 2020s many of us will, at some point, contemplate what the next 10 years is going to look like.

The impact of climate change and other forms of environmental destruction are, understandably, at the forefront of many minds. 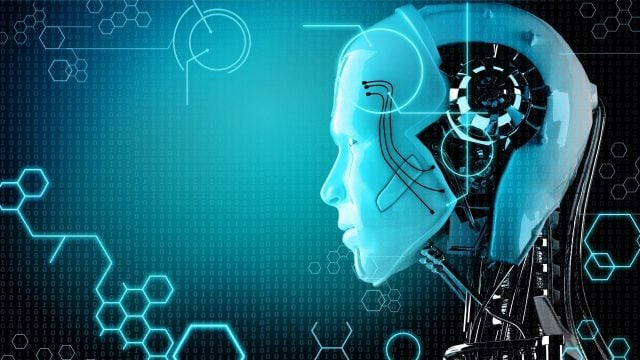 But the evolution of Artificial Intelligence is another development that could have a profound impact on our lives over the next 10 years and beyond.

It is this unpredictable future that is the subject of a new documentary, Machine,showing at Byron’s Brewhouse Theatre on January 24.

The documentary peers unflinchingly into the future and considers both the positive and apocalyptic potential of AI.

The co-producer of the film, Michael Hilliard, was inspired to embark on the project in 2016 when he learned that a computer program had defeated a Master in the game of Go, a board game infinitely more complicated than chess.

Developers had predicted it would take 20 years for this to happen – instead it took a matter of months.

The speed of AI’s evolution has been startling to some, as has its infiltration into everything from transport to the military to health care.

However, the makers of Machine argue that we are still some way from making what is considered the quantum leap of AI – a machine that is generally rather than narrowly intelligent.

In AI terms, “general intelligence” is when a machine is genuinely able to think for itself as opposed to learning and problem solving within the parameters set by its human programmer.

Despite the common perception, this is currently far from the case.

It is said to be at least 100 years away, if it happens at all – though given the speed of change in recent years it may be much closer than we think.

Should this happen, things could reallyget interesting according to Machine, including the possibility of a ‘robo-apocalypse’ along the lines of the Terminatormovies.

In the mean time, a much more predictable outcome is that robots will take over the vast majority of unskilled jobs and a number of semi-skilled ones as well, leaving billions of people unemployed.

The loss of meaning and purpose that accompanies such a change could contribute to social fragmentation and collapse, according to the film.

Thankfully there are also many positive possibilities stemming from the evolution of AI.

These include the potential for more efficient, sustainable food production, the elimination of life’s mundane and time-sapping tasks, and improving the basic standard of health care across the world.

Whether we head down this positive path or a more destructive one is, according to Machine, in our hands right now.

Machine is showing at the Byron Brewhouse Theatre on January 24 at 6pm. For tickets go to https://machine3.eventbrite.com.au