Users of a proposed rail trail on the Casino to Murwillumbah line could be exposed to toxic chemicals including arsenic and asbestos, a Lismore councillor has warned.

Cr Neil Marks raised concerns about the toxicity of the track during a debate at the final meeting of the Lismore City Council for the year.

Cr Vanessa Ekins had moved a notice of motion to support a rail trail that was constructed adjacent to future rail-based transport.

Cr Ekins said she was hugely skeptical of recent promises from the state government to invest $80 million in a rail trail.

‘The Nationals stood on the railway platform ten years ago wearing Save our Trains t-shirts but have done absolutely nothing since,’ she said.

Cr Ekins slammed a report into the rail trail proposal saying it did not address issues such as access, maintenance, water and toilet facilities, and carparking for rail trail users. 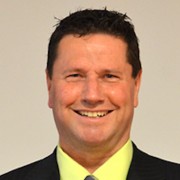 But it was Cr Mark who threw the toxic cocktail into the debate, saying he had spoken with someone who had been involved with testing along the track.

That testing was done to examine whether material salvaged from the disused railway corridor could be useful for other things such as making furniture.

It found that a person would have to be fully suited to be protected from the toxic chemicals that had been used on the materials in the track.

‘There’s no secret in the fact that over the years they’ve used arsenic to kill weeds and termites in the timbers, and that has been pumped all the way along track for 100 years,’ Cr Marks said.

‘If we proceed with a rail trail there would need to be an environmental plan to deal with that.

‘There was testing done on the material from the Woodlawn overpass when it was removed and the result was that those timbers would need to be handled with extreme care.

Cr Marks also said the brakes on trains were made from asbestos so every time a driver put on the brakes, traces of asbestos would be released along the track.

‘Who knows what else has been done along those tracks,’ he said.

Cr Ekins told Echonetdaily that she was disappointed that she was not supported in her push to have a rail trail adjacent to the railway line so that trains could eventually be reintroduced.

‘I was happy that Cr Simon Clough seconded my motion so that we could have the debate because the whole thing has been in the hands of NOROC (Northern Rivers Regional Organisation of Councils) but it has not been before the council,’ she said.

Her motion however was lost, and an amendment moved by Cr Glenys Ritchie supporting just rail trails was passed.

Previous articleCulture December 10
Next articleUnsung hero thrown out of work

The Tweed Shire Council has announced that they have adopted the Plan of Management for the Jack Evans Boat Harbour precinct.
Read more
National News

Byron Council will consider funding further investigations into getting trains back on the tracks in the Shire, despite strong criticisms of the reports on the matter that have been prepared to date.
Read more
The Echo is made possible by the support of all of our advertisers.