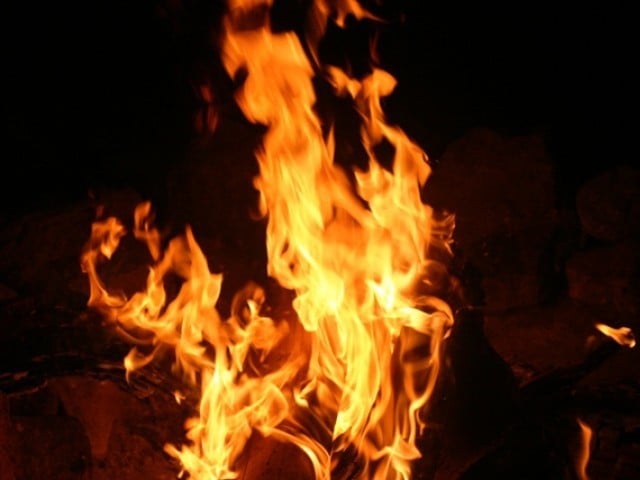 A Goonellabah man who allegedly destroyed part of a home after fire took hold from him flicking lit cigarettes will face a hearing on Friday.

It is alleged the 34-year-old ‘did intentionally or recklessly destroy by means of fire certain property, to wit, 5 Eggins Place Goonellabah, the property of NSW Housing Commission.’

Police received a phone call about a fire just before 12.30am on September 23, 2016, at a home in Eggins Place Goonellabah.

When police arrived they saw the fire brigade were in attendance and the premises had been partially destroyed by fire.

Officers noted the damage appeared to be contained to the front right hand side of the home.

Mr Green an his partner were taken to Lismore police station on the night of the blaze and provided statements about the incident.

‘I lied to you in my statement yesterday, he did it,’ police allege Mr Green’s partner said.

When police asked who lit the fire his partner allegedly said ‘Ben did flicking his fucking cigarettes.’

Mr Green was arrested two days after the fire, on September 25, and taken to Lismore police station where he was charged and granted conditional bail.

Court documents reveal Mr Green allegedly breached his bail by moving residence without notifying police between May 31 and June 3 this year.

He was granted conditional bail on June 5 to report to Kyogle police on Monday, Wednesday, Friday and Sunday and reside at the Toonumbar Dam camp ground.

On Monday Magistrate David Heilpern confirmed Mr Green’s plea of not guilty and adjourned his matter until Friday, for hearing.

Police say an armed man was arrested in on Saturday morning before being taken to Lismore Police Station, where he was charged over multiple serious offences across the state, including deliberately setting fire to the cathedral in Lismore.
Read more

Emergency services were called at 6.40am this morning when a fire started at Lismore’s St Carthage’s Catholic Cathedral.
Read more

Police who are investigating a house fire at Kyogle say they have charged a teenager with murder.
Read more
The Echo is made possible by the support of all of our advertisers.