Lush vocal harmonies, excellent musicianship and magic songcraft feature in Monkey & the Fish’s second studio album A Place of Hope. An eclectic mix of tracks with folk, roots and reggae influences is welded into a continuum of work in this evocative production. Singer/songwriting duo Chris Fisher and Marcelle Townsend-Cross create a special presence and signature sound that reflects the 20 years they have performed together.

Through 2016 Monkey & the Fish ‘regrouped’ as a 5-piece and worked on arranging and recording at Bush Rock Studios Goonellabah. The lineup includes seasoned session players George Urbaszek on bass and Glenn Kellett on trumpet. Kellett’s horns feature through instrumentals and brass section arrangements on the new album. Guest musicians include Pete Wilkins and Scott Hills on drums, Sonia Henderson on trombone and Paul Agar on pedal steel. A Place of Hope has two songs, including the title track, whose lyrics were written by Chris Fisher’s mother, poet and artist Iris Violet Rose Fisher. Sadly Iris passed away in 2016. The album has been produced with respect to her creative and inspirational life. Iris’s art provides the basis for the album’s cover with a painting of a scene on the Myall Lakes.

The album was co-produced and arranged by Fisher and respected former far north coast engineer and producer Dave Highett, now based in Bangkok, Thailand, who also mixed the recording. Mastering was with Michael Worthington, Soundworthy studios, Ballina. A bonus track on the album, Hand In Hand, was written and recorded during the hectic days of the historic Bentley blockade against coal seam gas in 2014. It is a rousing activist anthem with contributions by some of the far north coast’s most well-known performers. While it deals with some serious issues, this is an uplifting album that is aptly titled. Engaging lyrics resonate themes of love and respect for family and the natural world and reflect personal and universal stories that connect with audiences.

Miss Amber & Stukulele’s UKE NIGHT turns six in July. As it turns out it is also Stu’s 50th in August. No-one knows what to do for either – so save the date – Thursday 27 July. Everyone who has ever performed at Uke Night will be invited to come and lead a tune. Mullumbimby Ex-Services from 6.30pm.

Opera Australia is putting on a special fundraising concert to support NORPA’s rebuild after the flood devastated the entire bottom floor of Lismore City Hall leaving the theatre company without an office, box office and rehearsal space.

The gala concert will feature the entire cast from The Marriage of Figaro (touring QLD, NT and WA 8 July till 22 August) with a live chamber orchestra performing a selection of arias and ensembles from some of the world’s most-loved operas including The Barber of Seville, Carmen and The Marriage of Figaro. Thursday 27 July, 7.30pm. NORPA at Lismore City Hall. Sunday Safari & Afends are poppin’ off the biggest weekend of the year with a free party at the Byron Bay Brewery.

The blended combination of chilled indie rock, laidback electronica, iconic house and techno is the cumulative sound of the town in which both brands were born and grew up.

This sound, perfectly represented by the artists playing our party include: Wollongong rock lords The Walking Who, whose music has been described as ‘burlesque gypsy psychedelia’. Walking Who features a diverse, talented group of musicians including bass wizard Brad Heald of The Vines and Dope Lemon.

Sultry indie rockers Seaside are excited for a hometown show, having just returned from an extensive nation tour for their new single Drifting, which has seen strong support from Triple J and FBi radio. Infectious rockers Edward Thatch, surf shredders Shaun’s B’day and garage gang Israeli Chicks add a final touch of fun and energy to the night.

Kit Bray of PLTS kicks off live entertainment with one of his rare acoustic sets. In control of the decks are Jesse Porsches, best known for his cult classic Horses. Jesse is also one half of the duo Super Cruel, as well as Brisbane crew TBC DJs of the TBC club (the only club worth going out to in BNE), Kurt King, Safari DJs and special guests!

Kicking off at 6pm on Thursday and wrapping up at midnight, it’s your perfect knock-off, date night, cheeky weekend pre- or possibly even the start of your very large weekend… And it’s Free! 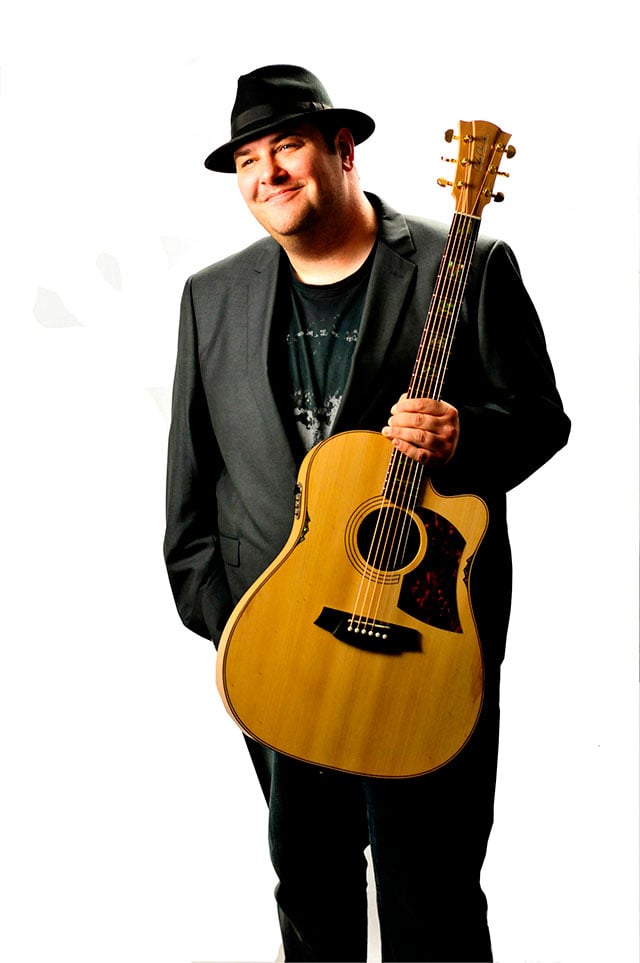 With eight albums, a swag of accolades to his name and 25 years’ performing, writing and recording, Lloyd Spiegel has certainly squeezed more into 35 years than many do in a lifetime. It’s that unique experience combined with a relentless touring schedule and a huge stage presence that has made him a driving force in Australian blues and one of most respected guitarists in the country.

Don’t miss Lloyd Spiegel in solo mode, launching his new album This Time Tomorrow at Club Mullum at the Mullumbimby Ex-Services Club – this Friday from 7pm. Book now at www.clubmullum.com.