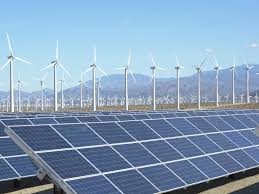 The 9,880 gigawatt-hours (GWh) from renewables during the summer months (1 December to 28 February) exceeded that from brown coal by 8 per cent and gas by 40 per cent in Australia’s main grids.

Even more impressively, Australia’s renewables delivered much of this power when it was needed most – during the peak demand period in the middle of the day to early evening.

For the National Electricity Market, renewables delivered an average of 5,610 megawatts during the 11am to 7pm (NEM Time) peak demand period over summer.

This was 32 per cent greater than power from brown coal and 78 per cent higher than gas over this critical period of high demand for electricity.

In Victoria’s first summer without the Hazelwood Power Station solar alone more than stepped up to the challenge.

‘It’s clear that a smart electricity grid based on a combination of renewable energy and storage is the best way to deliver clean, affordable energy for all Australians. Malcolm Turnbull’s do-nothing approach with the National Energy Guarantee will slam the brakes on renewables when we need as much investment as possible.

‘It’s time for Turnbull to stop propping up dirty old coal and get on with delivering cleaner, cheaper energy for all.’

The monthly Renewable Energy Index is compiled by Green Energy Markets and funded by GetUp.