Lismore-based photographer R J Poole is one of eighty finalists from over 3,000 entries in this year’s Living Memory: National Photographic Portrait Prize.

The Portrait Prize is one of Australia’s premier art events and will be shown at the National Portrait Gallery in King Edward Terrace in Canberra from July 31 until November 7, 2021.

Mr Poole told The Echo he was honoured to be a finalist. This is the first time he’s entered the competition. ‘There so many artists doing so many things, that being seen or heard above this background noise is extremely difficult,’ he said.

‘Added to this is Australia’s concentration of people and resources in Sydney and Melbourne. So competitions are one of the few ways regional-based artists have any chance of recognition.

‘The Australian arts are heavily institutionalized and under funded, so I’ve invested a lot of energy in traveling and exhibiting in other parts of the world where art in general is more valued,’ said Mr Poole.

‘While I’ve struggled to find any interest or support for my work at home, my art has been more warmly received elsewhere – so my shortlisting in the National Portrait Prize is a welcomed acknowledgement.’

Work in Australia and overseas

With a background in the military, Mr Poole has been active in the photographic art world since the 1980s, and has exhibited widely.

His signature body of work the ‘Anima Series’ is inspired by the feminine aspect of the male psyche and includes such themes as gender identity, spirituality and innocence.

While most of the Anima Series is photographed locally in the Northern Rivers, it includes overseas work in Sweden, the Czech Republic, Romania and the American Mid-West.

R J  Poole is also known for his iconic photographs of the Bentley Blockade.

With few exceptions, Mr Poole collaborates with various people in Lismore, some of whom have been working with him for up to seventeen years and who provide an alter ego through which he expresses himself.

While the finalist photo is under wraps for now, R J Poole’s work can be viewed on the follow sites: 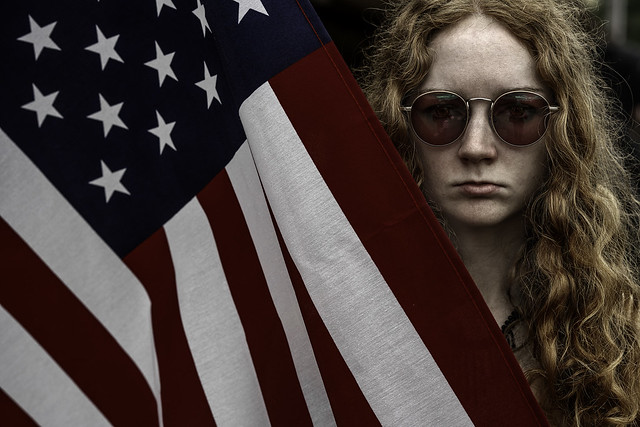 The final stage of the Lismore Base Hospital redevelopment is now complete, says the NSW Liberals and Nationals government.
Read more