Abbott’s myths on wind and solar energy blown away 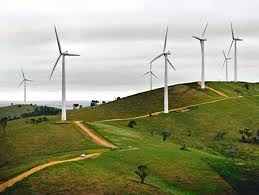 One of the most depressing discussions I have ever had as editor of RenewEconomy was with a policy adviser for a state coalition government.

He started off by giving me a lecture about how his minister only acted on ‘evidence based information’, and then proceeded to quote some of the more outrageous nonsense published in the Murdoch media and some extremely marginal web-sites.

Perhaps, then, this person and all the other advisers who direct (or distort) energy policy at state and federal level with the conservative administrations should sit down and absorb the latest report by the International Energy Agency on the integration of wind and solar energy.

It might reduce the ignorance and misinformation that is having a profound impact on renewable policy in Australia.

The IEA is a useful reference point. It is a highly conservative organisation that was created after the 1970s gas crisis to ensure the continuation of energy supply.

Energy security is its fundamental raison d’etre. And although some people, as we reported last week, criticise it for being way too conservative on solar PV costs, for instance, its research into renewables and systems integration debunks a lot of myths seemingly invented by Abbott’s acolytes and perpetuated by the politicians themselves.

The first myth, of course, is around the cost of renewables. As any number of studies have shown, Australia’s renewable energy target has added just three per cent to electricity bills, and has probably helped reduce them by that amount by helping push wholesale electricity prices down to record lows.

And as the IEA notes, the levellised cost of electricity of wind power and solar PV is “close to even below the LCOE of fossil or nuclear options.

But that is not what the latest IEA report is about. It’s about the integration of solar and wind – what it calls variable renewable energy, or VRE – into new and existing grids.

And it serves to completely debunk some of the other nonsense about renewables needing ‘back-up’ fossil fuels, and adding huge costs to infrastructure.

The IEA could not be any clearer: ‘No additional dispatchable capacity ever needs to be built because VRE is in the system. On the contrary, to the extent of the capacity credit of VRE, its addition to the system reduces the need for other capacity.’

As the IEA also notes, since the early days of electrification in the late 19th century, variability and uncertainty have been steady companions of power systems.

Indeed, the largest source of uncertainty comes from the failure of plants or other system components, which can cause abrupt and unexpected variations in supply, as  Australia’s Energy Market Operator found out in the latest heatwaves, when large coal and gas fired generators suddenly stopped generating.

And, the IEA further notes, there are very few grid-related costs to absorb even high shares of wind and solar.

A study in Ireland, an isolated grid, suggested that the grid costs of wind power penetrations ranging from 16 per cent to 59 per cent ranged from just $2.20/MWh to $9.70/MWh.

The PV Parity Project recently assessed grid costs associated with integrating 480 gigawatts (yes, gigawatts, or 480,000MW) of solar PV by 2030 into the European grid, found modest transmission grid costs of up to $4.00/MWh by 2030.

Reinforcing distribution networks to accommodate solar PV would cost about $13/MWh by 2030.

The additional costs for accommodating small‐scale solar photovoltaic (PV) generation on the distribution level are as low as $1/MWh for a PV system size featuring 2.5 kilowatt per household – if the grid is planned properly from the onset.

More importantly, there are system benefits that might outweigh the cost of generation of wind and solar and so lower the overall cost of the grid.

This is borne out in reduced need for peak generation – as Australia found out in its recent heatwaves – and by lowering the overall wholesale electricity cost – as all Australian generators have found out in recent years.

As we mentioned in our first report on the IEA study, wind and solar can carry the bulk of the required decarbonisation of the world’s electricity systems, but the system costs of having 45 per cent wind and solar in the energy mix need only add $11/MWh if the integration is done thoughtfully.

The IEA actually says the system transformation costs would be zero if the LCOE of wind and solar dropped by 30-40 per cent from an average of $90/MWh to a range from $63/MWh to $55/MWh.

Given the market forecasts of where the cost of solar is heading, this appears inevitable given the time it would take to bring the share of wind and solar up to 45 per cent.

Part of the problem, the IEA suggests, comes from the fact that many incumbent utilities view renewables as an ‘addition’ to the grid, and therefore a complication, rather than as a path to transformation of the whole system.

As IEA secretary general Maria van der Hoeven says: ‘The classic view sees (wind and solar) integration as an addition to what is already there, assuming that the rest of the system does not adapt.

‘This “traditional” view risks missing the point. The challenges and opportunities of (wind and solar integration lie not only with VRE technologies themselves, but also with other system components. Consequently, a system-wide approach to integration is required,’ Ms van der Hoeven said.

‘In short, integration of VRE is not simply about adding VRE to ‘business as usual’, but transforming the system as a whole.’

For that reason, she says, a power system featuring a share of 45 per cent of (wind and solar) may come at little additional long-term cost over a system with no variable renewables at all.

Australia has a long way to go to even approach that level. It’s got a lot of learning to do as well.

The message from the IEA is clear, the government needs to start planning for the future, not deploying some ideological claptrap that locks it into the past.

Living off grid can teach an individual about living within the limits of their immediate environment – a lesson we need to learn as individuals and as a species. We are well on the way to tipping the Earth beyond its ability to support the myriad lifeforms, including us, that are here.
Read more
The Echo is made possible by the support of all of our advertisers and is brought to you by this week's sponsor, Enspire Furniture & Homewares Ballina.