Kathryn Jones Kick in the Sass

Sass up your Saturday with Calypso Cowgirl Kathryn Jones dancing across a potpourri of musical styles including rockabilly, jump blues, western swing, slack key, coastal country and folk. Saturday at the Middle Pub in Mullum from 7.30pm.

The Blue Kat at Soho Lounge welcomes one of Australia’s top jazz singers Kristin Berardi to the stage on Wednesday night. Her accolades include winning the Montreux Jazz Festival’s International Vocal Competition in 2006, two National Australian Bell Awards for the Best Jazz Vocal Album for 2010 and 2012, and most recently winning the National Jazz Award for Voice at the Wangaratta Jazz Festival 2012. Kristin’s duo with guitarist James Sherlock will also be launching their new album If You Were There. Kristin will be accompanied by resident trio Steve Russell, Thierry Fossemalle and Dave Sanders. $8 cocktails until 8pm. Show runs 7.30–10.30pm. $12 on the door. Soho Lounge, Upstairs, 9 Fletcher St, Byron Bay.

Famous for the high-energy jam sessions frequented by top musicians from around the region, Byron Vibes is set to host another party at the Byron Bay Brewery on Saturday. The jam stage runs from 5pm till midnight, offering musicians a unique opportunity to collaborate and co-create with their peers, ensuring exciting original new grooves to keep the dancefloor pumping. Two stages run inside featuring solo artists and live bands after kicking off with an open stage from 5pm hosted by ArtWomb. Headliners The Badlands wrap up the night with their unique warming rock tones. They follow other acts such as the region’s dancehall/reggae heavyweights the Boom Faya crew and coming from Brisbane hip-hop electro duo the Choon Goonz. Tickets are only $15 at the door and this also gets you a free download of the Byron Vibes Compilation Album Vol 1. For more info find them on Facebook or call 0421 731 642.

The Murwillumbahbarians have been playing for more than 10 years both locally and at festivals and jazz conventions across Australia. The band plays trad jazz with passion and enthusiasm. They are always entertaining, good fun and guaranteed to keep your toes tapping and a smile on your face. Lismore City Bowling Club from 2pm to 5pm on Sunday.

Mullumbimby’s regular community chant evening – House of Bliss – features Edo and Jo this Friday. Edo and Jo’s music is an enchanting mix of eastern mantra and western pop that is both soothing and uplifting. Grounded in the bhakti yoga tradition and vedic lineage through the teachings of their guru, Sri Sakthi Amma (whom they reside with half the year in South India), their music is a gentle and powerful invitation into the depths of the heart. House of Bliss is a community chanting, kirtan and chant/dance event held fortnightly at St Martin’s Anglican Parish Hall in Mullumbimby. Doors from 6.30pm and chanting begins at 7pm – contribution $15/$10. Stonefield started in a shed on a family hobby farm in a tiny rural township north of Melbourne. The four Findlay sisters went on to become the earthen psych-rock opal that is Stonefield. These girls are haunting. And hardcore.

Yolan’s style and live performances are captivating and moving experiences that herald the arrival of a gifted and significant new talent, one whose music feels familiar in the best possible way, while striking out on its own territory.

Yolan is a passionate storyteller who has the ability to make any song her own. Not ever wanting to be labelled as fitting into a particular genre, Yolan finds her style in everything from 60s rock ’n’ roll and heartfelt folk ballads to soul, funk and blues. Her aim is to take the audience on a joyful musical journey. Friday from 1pm at Eltham Pub and at Club Lennox from 7.30pm.

Internationally acclaimed Egyptian-Australian oud virtuoso, composer and raconteur Joseph Tawadros is winner of the 2012 and 2013 Aria awards for the Best World Music Album. Proclaimed as a master of his field, he is a virtuoso of amazing diversity and sensitivity, regularly appearing in concert halls worldwide and praised for the ‘sumptuous, simultaneously haunting and warm, elegant and earthy’ sounds he elicits from the oud. Thursday at the Regent in Murwillumbah. 7.30pm. Adults $25/20.

Bookings at the Regent or online at www.trybooking.com/81189. 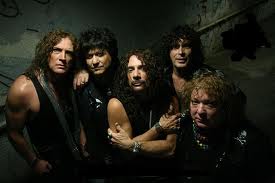 All Jets are Off

Bassist Paul Wossen was a founding member of The Screaming Jets and has since gone on to become a touring singer/songwriter in his own right. Paul released Bombido late last year to rave reviews and although he’s doing it acoustically don’t expect his shows to be laidback affairs. When Paul hits the stage he channels the full rock persona that he is known for. He plays the Rails on Sunday.

The Swamp Stompers play dirty slide-guitar blues with heavy grooves; they’ll make you shake, they’ll make you move! Formed in mid-2012, the band has already made waves in the Australian music scene. The Swamp Stompers are a local band and have played at both the Byron Bay Bluesfest and the Sydney Blues & Roots Festival in 2013. They play the Bangalow Bowlo on Saturday with support from Ara Biota. Show at 7.30pm. Tix $15, presale $10 at the club.

The Way of the Heart

Chad Wilkins has been described as a mystical minstrel, celebrating the journey of life with positive, conscious lyrics and vibe, inspiring and awakening the audience to his infectious passion. Originally from Lake Tahoe in California, Chad had embarked on travel and humanitarian aid work before landing in Byron Shire. He plays Saturday at St Martin’s Anglican Church Hall in Mullumbimby, with Chris Mapstone and Dariush as support. 7pm, $15 at the door.

Didn’t get enough blues last weekend? Miss Amber and Stukulele are presenting Blues Uke Night this Thursday from 6.30pm with stompin’ from Larry Larstead, powerhouse vocals from bassist Belle Hendrik and the jumpin’ boogie blues of Warren Earl, the hottest guitarist around… on uke… Always a hoot… this night is gonna go off like a cracker! Great food from the restaurant from 5.30pm, strumming from 7 till 9pm. Entry still only $10 for adults; kids under 15 free. Join the mailing list at www.ukemullum.com for the link to the songbook.

The Hotel Brunswick will be hosting a fundraiser for the late Jacqui Lute this Thursday. All proceeds from the night will go towards the creation of a memorial mosaic seat to go on the beach in Brunswick. The gig features Dubarray, Dan Hannaford, Oka, Spirit Belly Dance and Bollywood Sisters! There will be a face-painter, balloon animals and origami for the kids. Entry is by donation ($10 suggested per adult over 17).

The event kicks off at 6pm and goes till 10pm at Hotel Bruns.

‘Tasty’ is all about getting the Frou Frou community together for a laidback Saturday afternoon/evening taking the audience on an aural journey of the tastiest deep house, nu disco, deep tech house and classic house spun by the finest selectors on the north coast and beyond, in a casual beer garden setting. This Saturday features DJ Feisty, Somerville & Wilson, Lady K and L.Y.D.I.A.

2pm till 10pm at the Civic Hotel Beer Garden in Lismore for $15.

The art of Lennox – creating art for all

Ballina Shire Council are looking for artists who are interested in creating art that not only expresses a sense of Lennox but is a ‘playful and interactive’ experience for those visiting Ross Park.
Read more

The Super Rough Seas Project is a new and vibrant street art montage that has been installed at the M.Arts Precinct, in Murwillumbah.
Read more
The Echo is made possible by the support of all of our advertisers and is brought to you by this week's sponsor, Enspire Furniture & Homewares Ballina.