‘No body, no parole’ laws coming to NSW

Offenders who refuse to provide information or assistance to locate their victim’s remains cannot be granted parole, under proposed 'no body no parole' laws.
Read more

NSW Greens MP Sue Higginson says the NSW Government response to the 21 thousand signatories on a petition to end native forest logging has failed to recognise the considered calls for a transition plan that makes economic and ecological sense.
Read more

Students in the dark about milk production 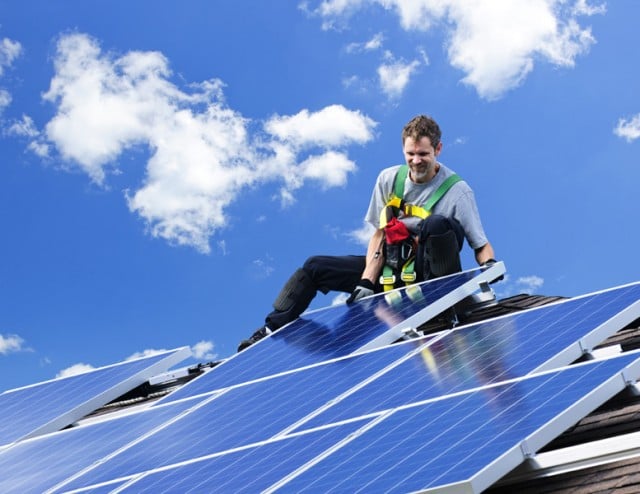 The Greens have launched a new campaign to make rooftop solar a key election issue in the Victorian state poll later this year, describing it as a potential ‘sleeping giant’ in Australian politics.

The launch of the Fair Go for Solar Saver campaign intends to tap into three key issues that have so far been ignored by the mainstream parties – the right to connect, the right to install a decent sized system, and to add to it, and the right to obtain a fair tariff for rooftop solar exports back to the grid.

The Greens have been buoyed by the recent success of the Vote Solar campaign from the Australian Solar Council in last week’s Senate re-run in Western Australia. They say that parts of the significant swing to Scott Ludlam can be sourced to areas where rooftop solar is an issue.

The Greens have been the first party to try to tap into the issue of rooftop solar – which now sits on more than 2 million homes (1.2 million solar PV, 800,000 solar hot water) in Australia.

Victoria has more than 200,000 of these solar PV homes, hosting more than 540MW of capacity, and within two years more than half of these homes will be receiving little or no money for the power they export to the grid.

In some key electorates, in the north-west regional areas and even within the Melbourne mortgage belt, the level of ‘solar penetration’ is nearly 20 per cent.

‘Rooftop solar is a sleeping giant in Australian politics, but no one has worked out how to capture it yet,’ Greg Barber, the leader of the Greens in Victoria, told RenewEconomy.

But the touchstone may be over the right to connect, expand, and to get fair tariffs.

Barber – and the solar industry more broadly – cite numerous instances where distributors such as Powercorp have been either refusing connections or forcing applicants, both households and commercial businesses, to downsize their planned rooftop arrays.

Powercorp and other distributors cite voltage issues as the main reason, but the solar industry rejects this. Similar stories, including demands for big connection fees and costly appeals process, are widespread in NSW and Queensland.

The Greens – and the solar industry, for that matter – think that a crunch point will emerge in 2016, when significant numbers of Victorian households lose their interim 25c/kWh tariffs for exports.

At that point, Barber says, more than half the 207,000 households in Victoria will be offered only 8c/kWh.

It is the Greens’ intention to make this an issue in the 2014 poll. They want to enshrine the right to connect and for 1:1 net tariff for rooftop solar. That idea is likely to be fiercely fought by electricity retailers, generators and network operators.

A similar situation will emerge in NSW, where several hundred thousand households on the even more generous 60c/kWh gross tariff (the rate is paid for all electricity produced from the panels, not just from the exports) will find that tariff ending and be faced with a regime where no payment is mandated.

‘People are very cranky over the idea that the utilities are paying them just 8c/kWh, yet will sell back the electricity at four times the price a few minutes later,’ said Stephen Ingrouille, founder and CEO of Going Solar.

‘It’s a comment we hear all the time,’ Ingrouille said. ‘The householders recognise that solar output is valuable during the peak periods, and they know that the utilities are doing well out of it. Unless the utilities start to change their tune rapidly, they will get left behind, because the solar technology is moving so fast.’

The ‘fair value’ of solar is a question that is challenging utilities, the solar industry and households across the world. As we wrote last month, there is a huge difference between the way solar is valued in the US, and how it is valued in Australia.

Major studies from Australia’s CSIRO, the Rocky Mountains Institute in the US, and investment banks Morgan Stanley and Citigroup, suggest that unless households are offered a decent rate of return, then the so-called electricity market ‘death spiral’ will simply be accelerated.

No one really thinks that mass disconnections from the grid is the most efficient outcome, but it is exactly what is predicted to happen – even by the (more forward thinking) utilities themselves – unless the utilities get their pricing right.

The continuing popularity of rooftop solar – despite the removal of feed-in tariffs – has surprised the incumbent utilities industry.

More than 43,000 homes have added solar to their rooftops in Victoria since the tariff was slashed to 8c/kWh, defying expectations. That accounts for one-third of the total capacity, due to the fact that households are now installing large systems as the cost of solar falls, and retail electricity prices rise.

More than one quarter of the 800MW installed in the Energex region in south-east Queensland is on the 8c/kWh tariff (soon to be abolished), and households are applying at a rate of 4,000 homes a month. In Western Australia and South Australia, applications are still flowing in at more than 2,000 a month.

Barber says the Greens will also propose a new ‘clean energy fund’ that will facilitate solar leasing and easier access to solar for homes on low incomes, or in rental properties. It could be based on a similar model adopted by the Darebin Council in the inner north of Melbourne, which is offering ‘zero-down’ installations to local pensioners.

‘In the past we used to subsidise solar for the environmental benefits, but now we have to make sure that households are paid a fair price, otherwise they will add batteries to their arrays and disconnect,’ Barber says.

‘There are obvious benefits to having people remain connected to the grid. It avoids the death spiral, but we have to stop the sheer bastardry of the utilities that prevent people connecting solar.’