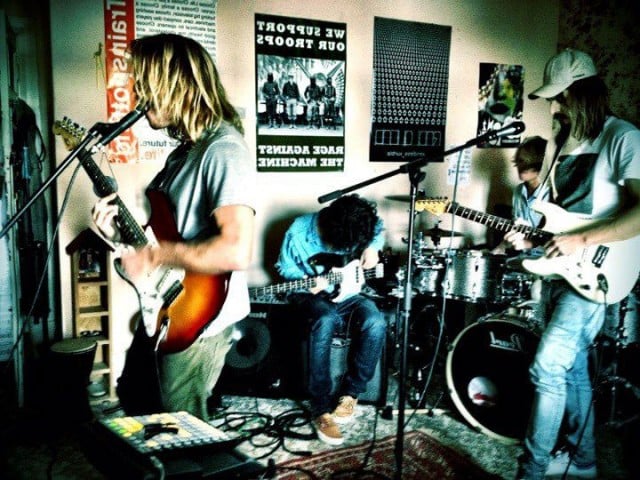 Hailing from Sydney’s sunny northern beaches, The Mammals were brought to the attention of the good folk at Triple J who awarded Guy Brown, head Mammal, Unearthed Artist Of The Week.

The win saw Guy perform at the 2013 Laneway Festival. The band then hit the road as main support for Of Monsters And Men’s 2013 Australian tour, receiving glowing live reviews, and were then taken on tour with 1975 the following year.

This year will see the man and the band record their first full-length album and hit the road for a summer east coast tour.

How did the mammals come into being?

I’d always be working on new tunes and vibes but more computer-based electronic stuff. One night in the studio I came across this acoustic track called Carried, which sort of set the vibe to pursue.

What are your key musical influences?

Jeff Buckley, Radiohead, Bonobo and Def Mac Demarco. He is such a great songwriter.

How has the attention of Triple J expanded your reach?

It’s been excellent. We won Triple J Unearthed to play at Laneway. That was when we put out Move Slower online. We got to play some cool gigs after that. So cheers to the Js.

You like to move through genres not often set together – indie, folk, electronica … what’s your secret?

I really just love all kinds of music. No matter what genre it is, if it makes you feel something, then it’s awesome. That’s what I try to explore when writing. At times I can get worried that together it doesn’t make sense, but that’s just part of the process and learning. I’m keen to keep trying new things for the album.

What was your vision for recording your EP Animalia?

Using the music as a vessel to escape or paint a vibe. It’s a very personal experience that I hope some listeners might be able to relate their own story to.

Any plans for a full-length album this year? Will you approach it differently?

Yep, definitely working on the full length. We have learnt so much from gigging and recording so I guess we just have a better understanding of how we can go about things.

What should we expect for your Byron gig!

An epic Willy Nelson joke from our bass player Henry. Plenty of beers and a few high fives. Someone at our last gig broke our beloved Pac Mac Penis tambourine… so we will have to make a new novelty one for Byron too.

Catch them at the Hotel Great Northern on Friday as part of their Summer Sessions.