Since being the first house band for Sydney’s jazz Basement, Galapagos Duck has been a household name. With many international career highlights and a great discography, the band’s lineup now includes original and brand-new members including Willy Qua and Wil Sargisson.

For this special event they will join one of the cream of Australia’s jazz vocalists, Byron Shire’s own Sharny Russell.

For a great night of musical collaboration and lots of fun find yourself at the Bangalow Bowlo on Saturday 2 December.

Macky Banton – World MC, began his career as a soundsystem champion bubbler at the age of 14. Guided by his good friend the great Errol Bellot, he became affiliated with the East London-based sound Jah Tubbys World System, who last year celebrated 45 years in the biz. After taking a hiatus Macky reunited with the Jah Tubbys posse in 2007 and in 2010 he made a great partnership with Mark Iration of Leeds-based Iration Steppas, touring as the main mic man. Still on duty with these two stalwarts of the UK scene, he is known for hyping up dance halls across the globe, performing with the likes of OBF and Stand High Patrol in France, Green Light in Spain and Australia’s own Heartical Hi Powa. Macky Banton is one of the world’s most travelled and respected soundsystem MCs. He’ll be performing alongside Stryka D (Heartical Hi-Powa) and performing on the Champion Sound sound system, returning to the Shire following the awesome unity session held at a Durrumbul session earlier this year.

Performing at Coorabell Hall on Saturday 2 December at 6pm, $20 pre-sale (www.bit.ly/DCB1217), $25 on the door. Miss Brown’s Caribbean Kitchen will be cooking up the good stuff. 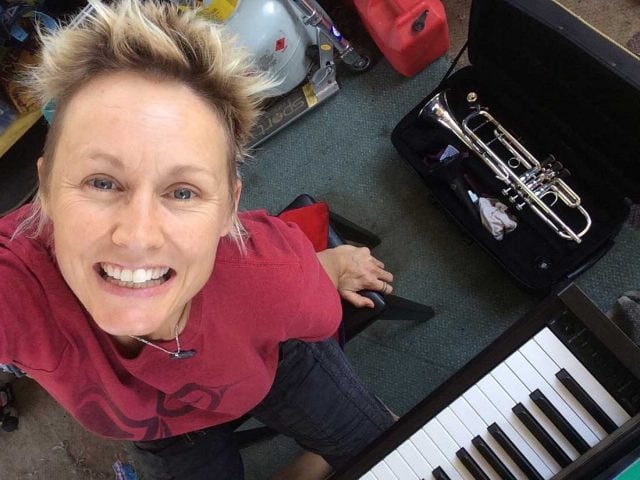 Come and have a boogie to grooving jazz and blues original duo The Mishfits this Saturday 7–9pm at Byron Fresh. The Mishfits are a new duo who play a mix of Mish Songsmith’s inspiring, soulful and catchy original songs, with a sprinkle of your favourite up-tempo covers from Aretha and the Beatles to Rhianna and Pharrell Williams. The Mishfits are Mish Songsmith on keys and vocals with Vincent Bashford rocking out on Kahon.

Miss Amber & Stukulele are proud to present their PUNK songbook for the upcoming UKE NIGHT at Club Mullum – from 6.30pm, Thursday 30 November. This theme has sparked off some excitement with lots of good folk offering to come and sing a tune or play a solo. Just announced are special guest vocalists Lady Boho and Jono Hillman – and there will be surprises on the night. It was the legendary Johnny Cash who stated quite openly that Jade Hurley OAM was the BEST act he had EVER worked with and was quoted in the Irish press as saying: ‘If I wasn’t who I am, I would find it very hard to follow him on any stage anywhere in the world… he’s one hell of a showman and entertainer this Aussie… and he can sure play that damn piano.’
From the first minute Jade hits the stage, he has a lot of fun with the audience. They clap their hands, stamp their feet, rock and sway from side to side, singing along and laughing at Jade’s comic antics.

As well as being a headline act in his own right, Jade Hurley has toured with some of the all-time greats including Johnny Cash and June Carter Cash, Johnny Ray, Woody Herman and Don Williams, as well as Johnny O’Keefe throughout Ireland, America, New Zealand and Australia.